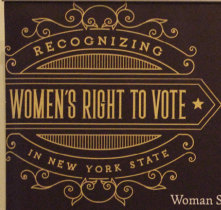 New York State is celebrating the centennial of women gaining the right to vote in New York State on November 6, 1917—three years before the 19th Amendment was passed and women throughout the United States gained the right to vote. The South Central Regional Library Council and the Empire State Library Network have partnered with the Digital Public Library of America on the exhibit, which looks beyond the traditional Women’s Suffrage narrative and explores the history behind the movement that made New York State such an important place in the fight for Women’s Suffrage.
The exhibit includes five panels, each showing a different theme:
Woman Suffrage before 1848 – Explores voting in New York State before the Seneca Falls Convention in 1848, including in the colonies and among the Haudenosaunee people.
Women’s Rights Activity up to 1848 and the Seneca Falls and Rochester Conventions – Women and men organized to restore the right to vote to women, among other rights.
Pop Culture Suffrage – Suffragists displayed brilliance when it came to promoting their cause, and packaged their message in consumer goods, created songs and theater performances, formed parades and processions, and traveled through rural areas, knocking on doors.
Anti-Suffrage – Most women and men believed that equality for women would lead to the destruction of the state. The Anti-suffrage movement engaged in public debates, created publicity materials to counter those of the suffragists, and argued that support for Women’s Suffrage was unpatriotic, especially during World War I.
Race and Diversity – The early Women’s Suffrage movement embraced women of all races, but overt racism in the later years led some suffragists to argue for the inclusion of all races winning the right to vote—including those effectively denied their voting rights.
For more information, contact Herrick Library at herricklibrary@alfred.edu. 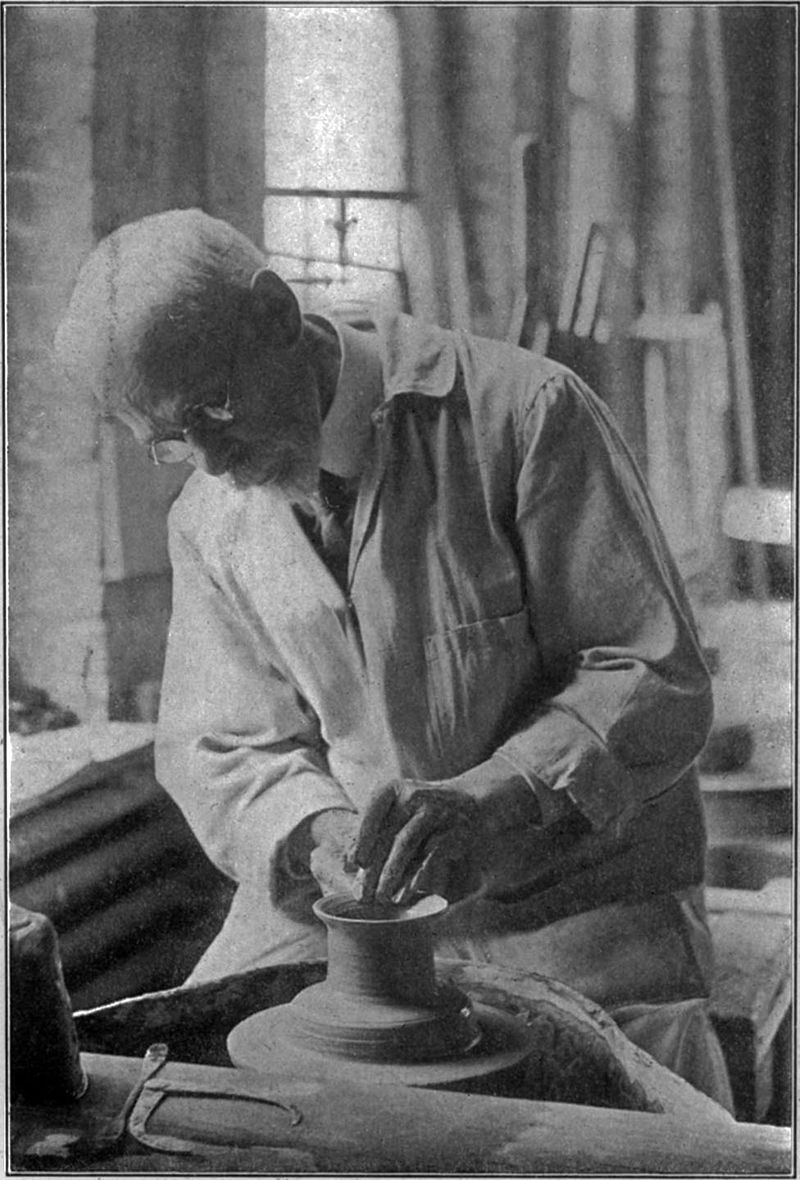 A selection of personal letters to and from Charles F. Binns, the father of American studio ceramics, are now available to view online. These archived letters have recently been digitized, transcribed, and uploaded to AURA (Alfred University Research & Archives).  There are currently 135 transcribed letters, with many more on the way! 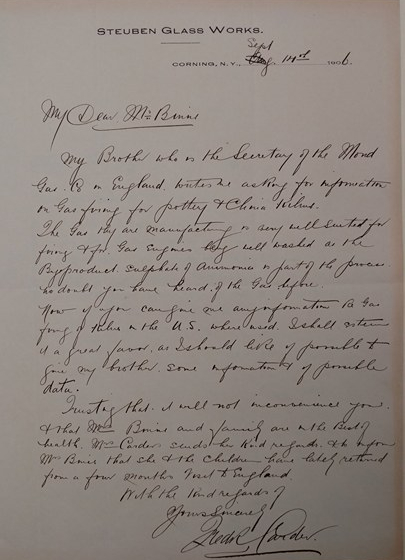 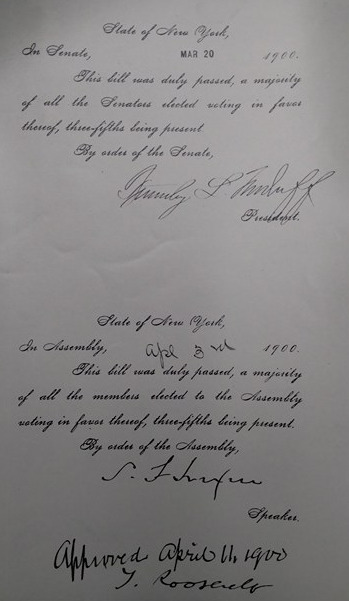 For those who may not be in the know, Charles F. Binns was an artist (potter), as well as a major influence during the Arts and Crafts movement at the turn of the century. This movement promoted the unique physical beauty and aesthetics of handmade pottery and other art pieces, as opposed to the mass produced products that were becoming widely available due to the Industrial Revolution.
Binns was also the first director of the New York State College of Clay-Working and Ceramics, which was the first school to combine ceramic art and engineering.  Today it is know as The New York State College of Ceramics (NYSCC) at Alfred University.  For 30 years, this was the only school to have combined the two. Additionally, Binns was one of the first to strongly promote taking a scientific approach to glaze study. Binns worked with, as well as taught, many famous artists such as Elizabeth Overbeck, Mary Chase Perry Stratton, Arthur Eugene Baggs, and R. Guy Cowan.  He continued to correspond and give advice to his students well after they had graduated. This was done through letters, some of which can now be viewed through the AURA site. Binns was so well respected by his students as well as other artists that he was often consulted about techniques, clay, kilns, glazes, and general guidance. The NYSCC Archives in Scholes Library also holds correspondence between Binns and famous contemporaries such as Gustav Stickley, Frederick Carder, and Paul Gardner. 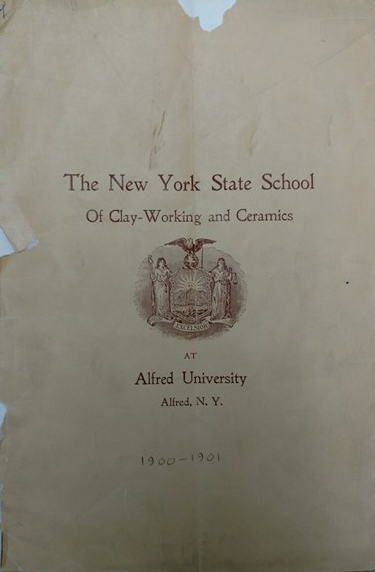 So, you are interested in finding these letters but you are unfamiliar with AURA? No problem! Here is a step by step guide on accessing the letters.
Step 1) You will find a link to AURA on the Scholes Library or Herrick Library web sites, or follow the direct link https://aura.alfred.edu.
Step 2) On AURA‘s main page enter Charles Fergus Binns in the search box. 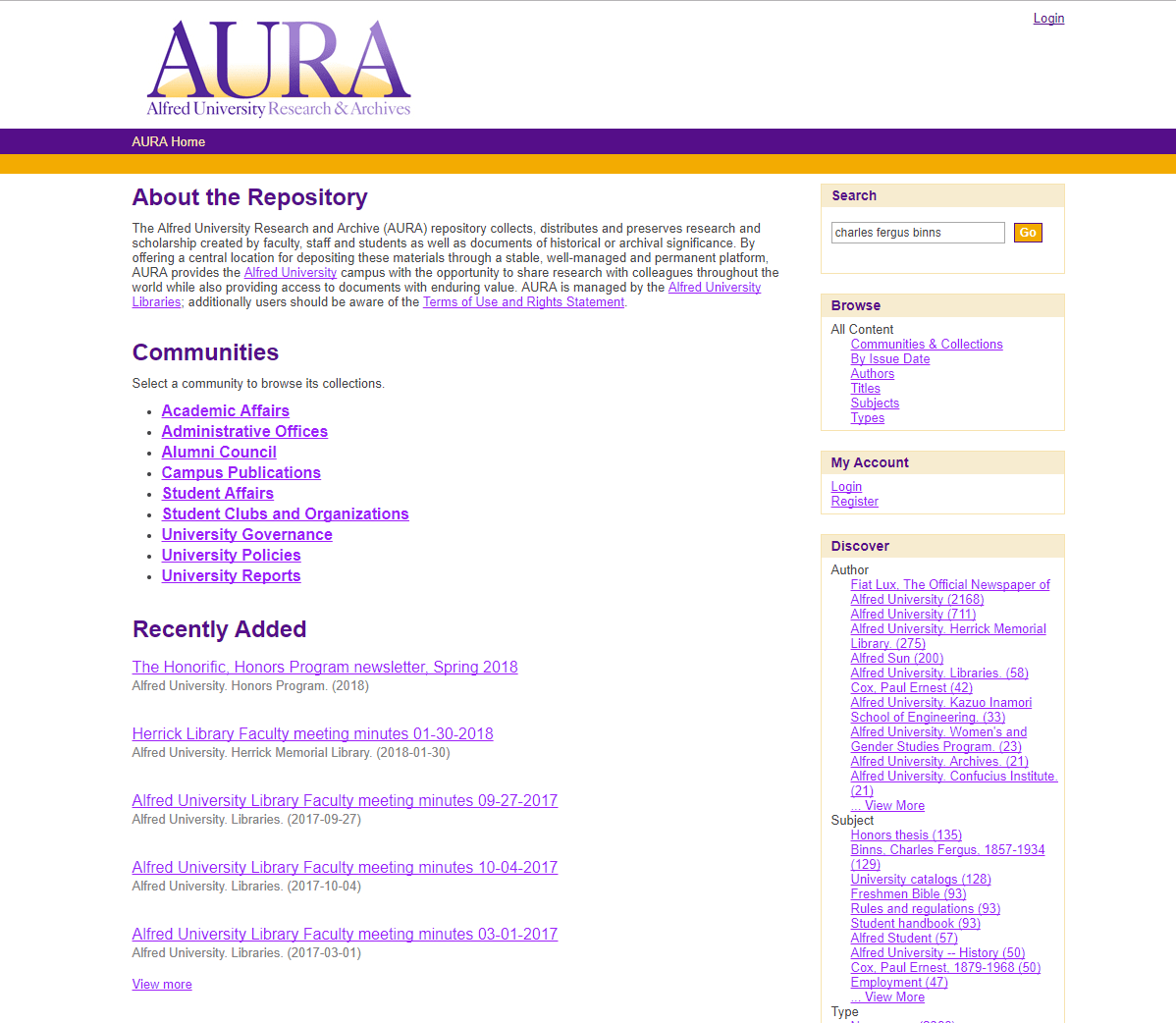 From here, you can browse everything uploaded so far!
So now you know a little more about Charles F. Binns and how important he was to Alfred University and to modern ceramics. Make sure to check AURA periodically for updates and additional letter uploads. For more information, or if you would like to visit the NYSCC Archives in Scholes Library, contact Verna Mullen, Archives Manager, at mullenvc@alfred.edu. 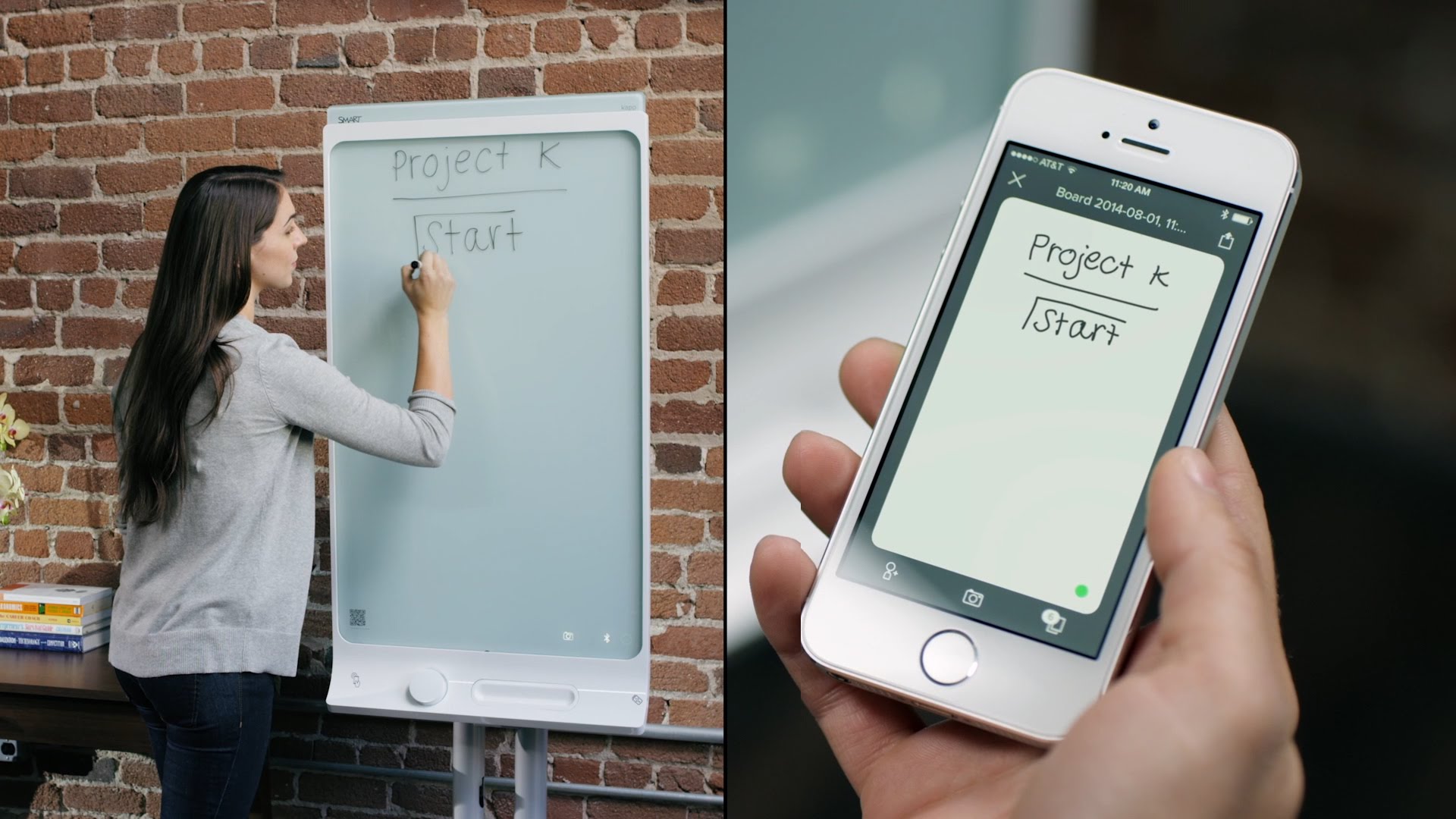 Have you been wondering what that weird white board is in the Scholes Library? 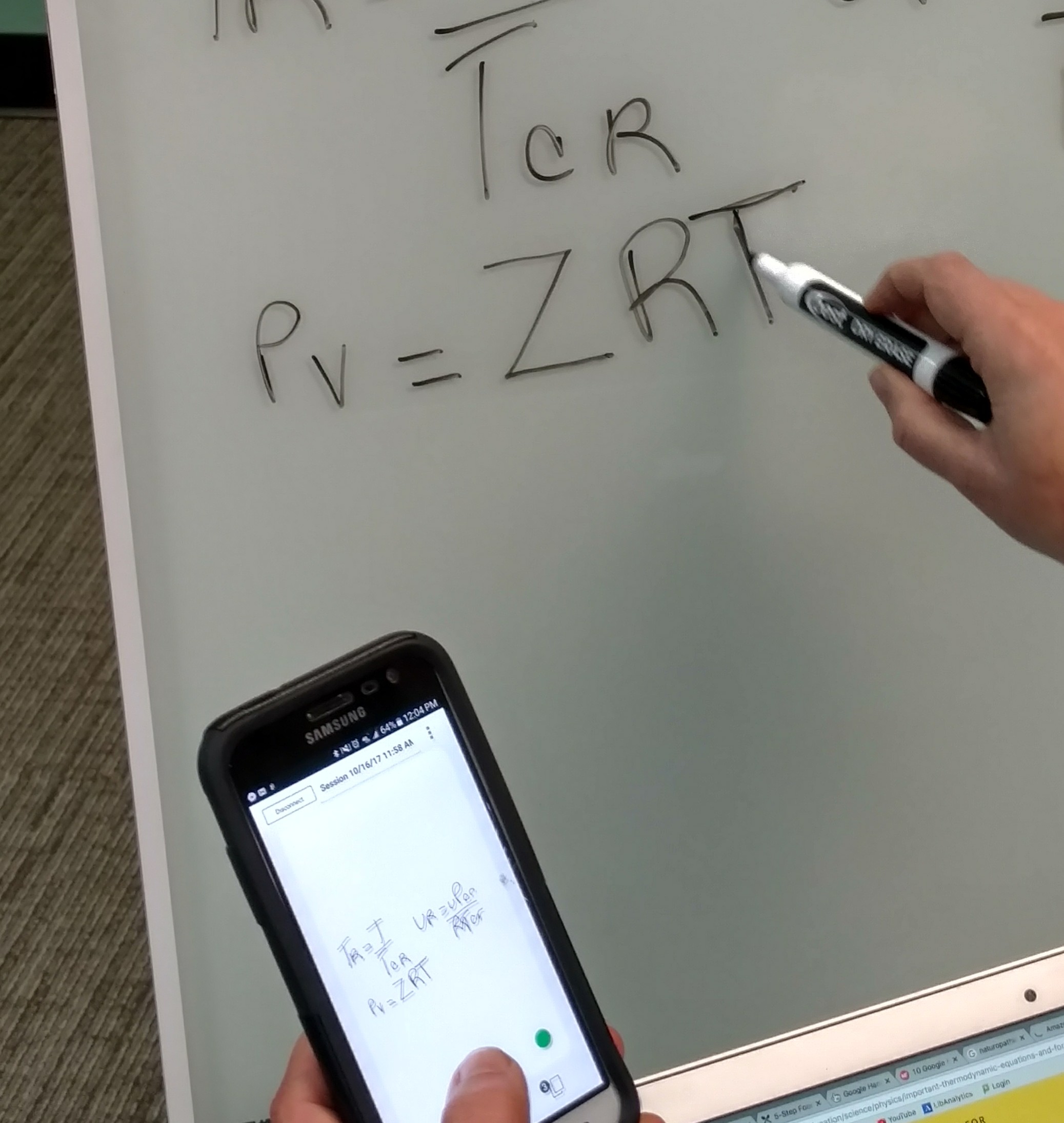 Let me introduce you to the SMARTkapp white board!
SMARTkapp is the share-as-you-go whiteboard! What does that mean exactly?  Allow me to explain.  Whatever you write on the board can be sent directly to the smart phones of everyone in your group! Once you have filled up the board, you save the page to your phone, erase the board and start on the next page. It’s as simple as that! 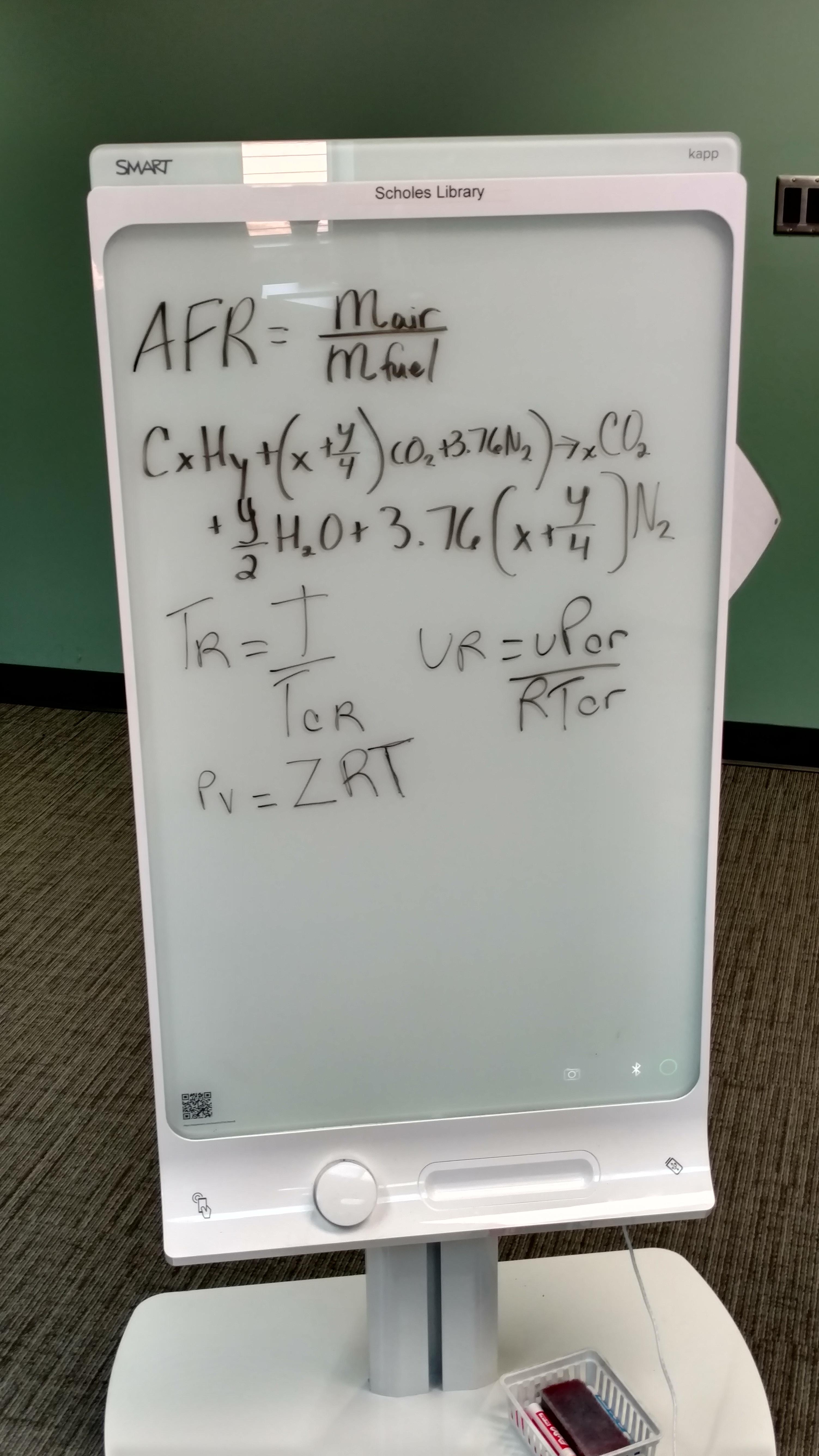 The SMARTkapp board is perfect for study groups and group projects.  I think we can all agree, one of the hardest parts of a group project is coming up with an agreed upon time to meet. The SMARTkapp app makes it easier than ever. If for some reason a member of your group can not be there, they can easily get the notes with the SMARTkapp app!
SMARTkapp also saves time consuming re-copying.  During group study, one person can take notes and other group members can easily send the notes to their phones.
The board and app are completely free to use for all students. No reservations are needed. You can check out and return the markers and eraser at the front desk. There are easy to understand instructions attached to the board. It reads as follows,
Step 1) Plug in the SMARTKapp Board
Step 2) Download the SMARTKapp App
Step 3) Enable Bluetooth on your phone
Step 4) Gently tap your device to sync the SMARTKapp
Step 5) Use a regular dry erase marker to write notes
Step 6) Share!
It’s that simple! Remember, regardless of color marker, the contents will always appear black on the app. Try and write clearly and deliberately. Complicated, dense drawings will not transfer clearly. Snapshots can be taken as you go in a PDF format. Just press the camera button! You can also use a USB to share and save work.
So next time your group has a project or just needs to get some study time in, stop in to the Scholes Library and give the SMARTkapp white board a try! 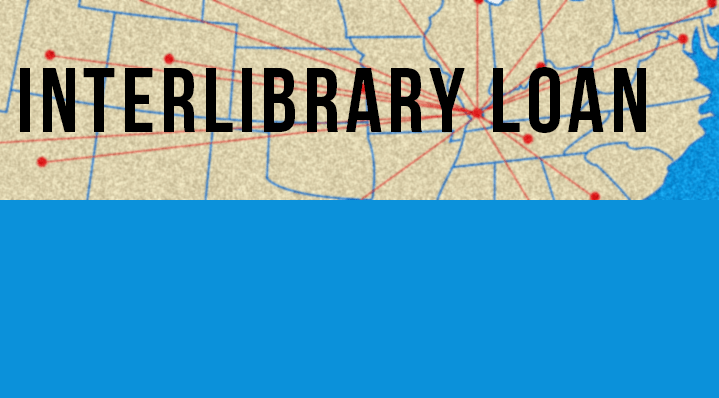 Why you should know about interlibrary loan

Looking for a book or article that the library doesn’t have?  What if we told you that you could still borrow that book or article?  With interlibrary loan (ILL), you can do just that! The interlibrary loan system allows students the ability to expand their research past the limits of their local library. Over 10,000 libraries, across 56 countries are involved in ILL!
Here’s how it works:  A student is searching for a certain material, but the library doesn’t have it.  Through interlibrary loan the ILL manager reaches out to other libraries and requests to borrow the materials the student needs.  A requested library will then mail or scan that material to the library that needs it.  It’s that simple!
To start using ILL you will access https://alfred.illiad.oclc.org/illiad/YAH/logon.html on either the Herrick Library homepage

You will use your Alfred University username and password to login. The first time you log in, you must complete the registration form. Please note that textbooks generally cannot be borrowed through the ILL.  The average time you can keep the material is around 3 weeks. However, you can renew the material through the ILLiad website. So next time you’re worried that the library doesn’t have what you’re looking for, just remember about the interlibrary loan system!
Patty Barber and Amanda Criss are our interlibrary loan staff at Scholes and Herrick Libraries. Amanda Criss, who manages ILL at Herrick Library had this to say, ” AU is a wonderful community! I enjoy working at the Herrick Library! My job is very rewarding because I get to help people. I strive toward providing the best service I can for our library patrons. If you have any other questions, please let me know.” Both Patty and Amanda would be happy to help any and all who have questions concerning ILL.
For any additional questions, please see the FAQ provided in the interlibrary loan link on both the Herrick and Scholes home pages or stop by either library and speak with Amanda Criss at Herrick or Patty Barber at Scholes. 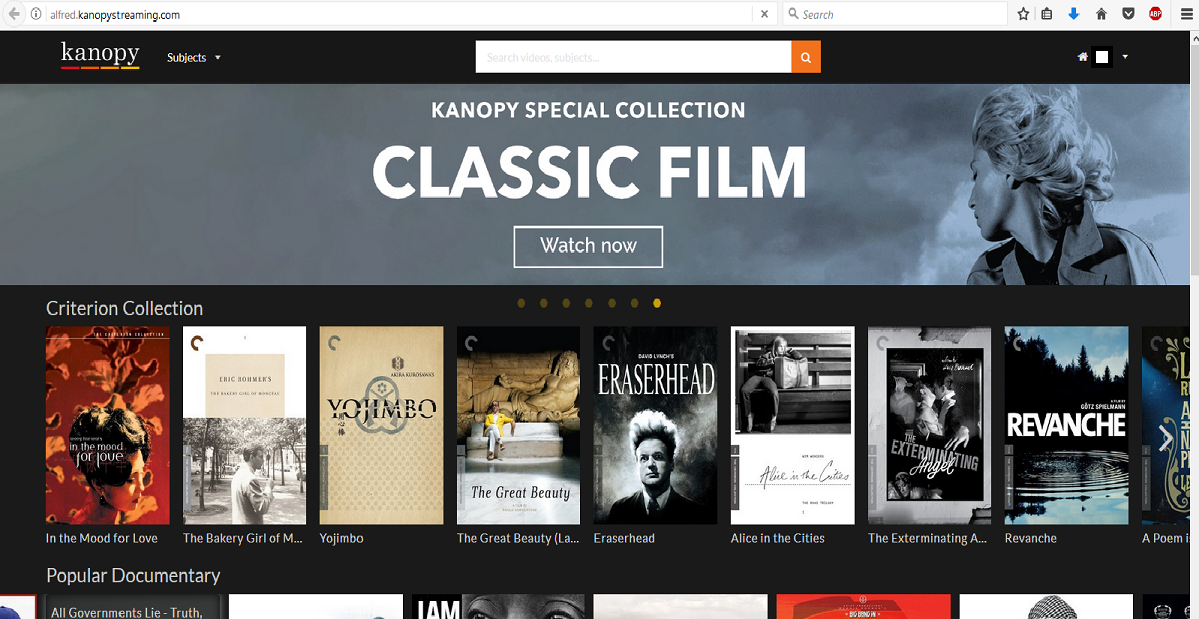 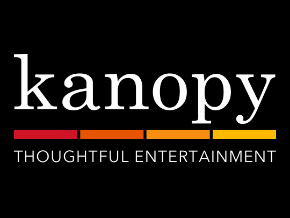 Kanopy is a movie steaming service that is available to Alfred University students, faculty, and staff through the AU Libraries. Kanopy has a large selection of movies including documentaries, classic films, and independent films.  Kanopy is a great resource for assignments, classes, or for when you are just looking for something different to watch!
Here is how you can access Kanopy from either library website:
-First go to either the Herrick or Scholes library home page:
http://herrick.alfred.edu/
http://scholes.alfred.edu/
-Then select the Databases tab (as shown below)
-From there click on All databases A-Z (as shown below) 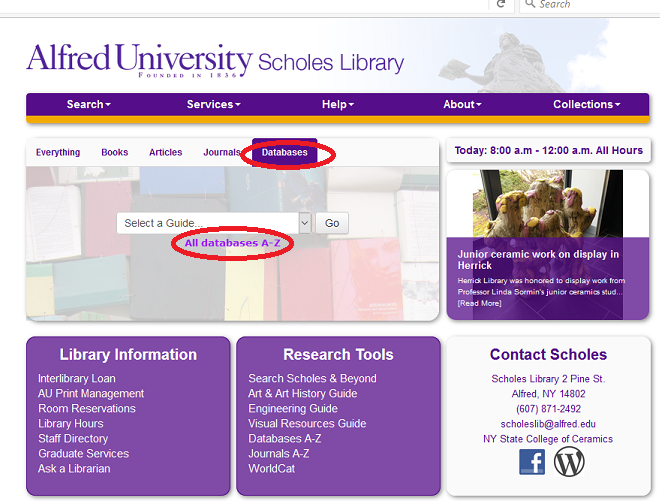 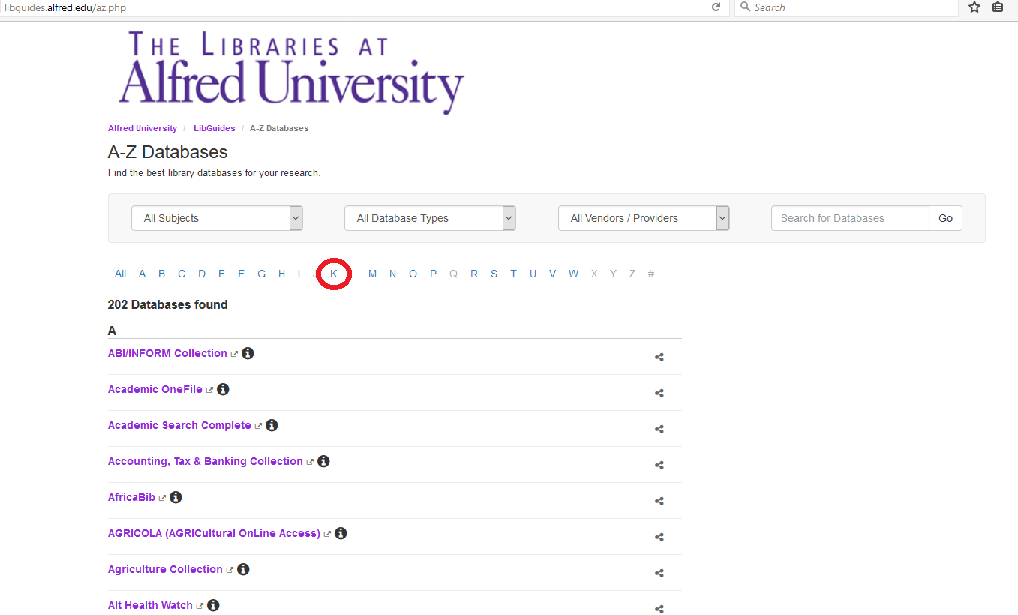 -In the K section click the link for Kanopy

-Clicking the link will automatically take you to the Kanopy website if you are signed in using your Alfred account. If you are not signed in, or if you are off campus, you can still access Kanopy by entering your Alfred username and password. From there you can create your own Kanopy account. It’s as simple as that!

Another way you can access Kanopy is to go to the Herrick Library home page:
-Click on Movies/Music under Quick Links (as shown below) 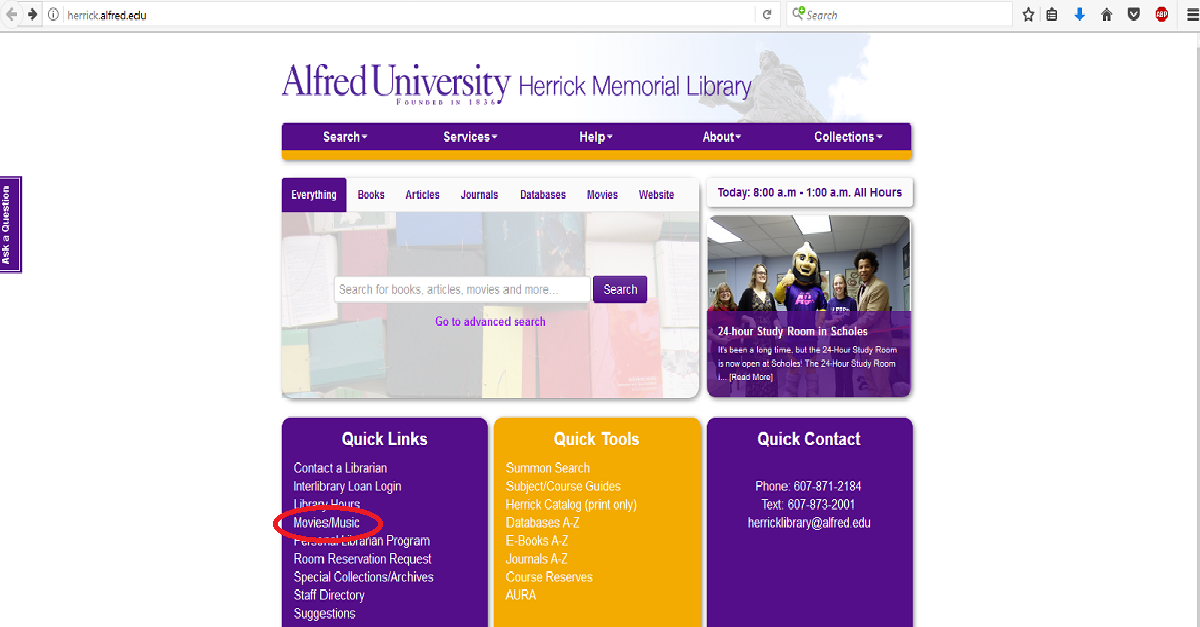