Posted on September 1, 2016 by Laurie McFadden 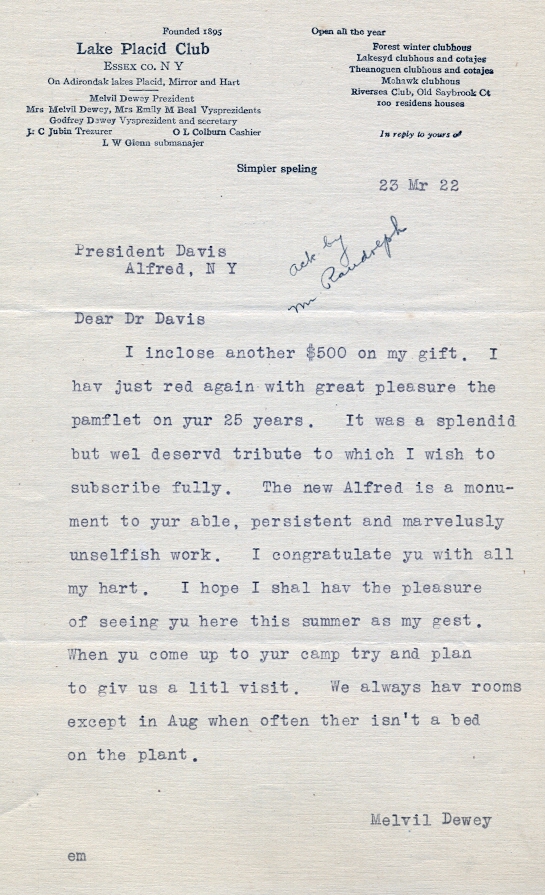 Best known for developing the Dewey Decimal System, Melvil Dewey was also interested in the movement to simplify the spelling of the English language (as evidenced in this letter written to Alfred University president Boothe C. Davis in 1922). Dewey attended Alfred University in 1877 and had been instrumental in convincing Andrew Carnegie to donate money to construct the Carnegie Library on Alfred’s campus (it opened in 1913). Dewey continued his interest in the University with future donations and by recommending students to attend. Carnegie was also interested in spelling reform and in 1906 funded the Simplified Spelling Board of which Dewey was a charter board member. To demonstrate his commitment to the cause, Dewey even shortened the spelling of his first name from Melville to Melvil!